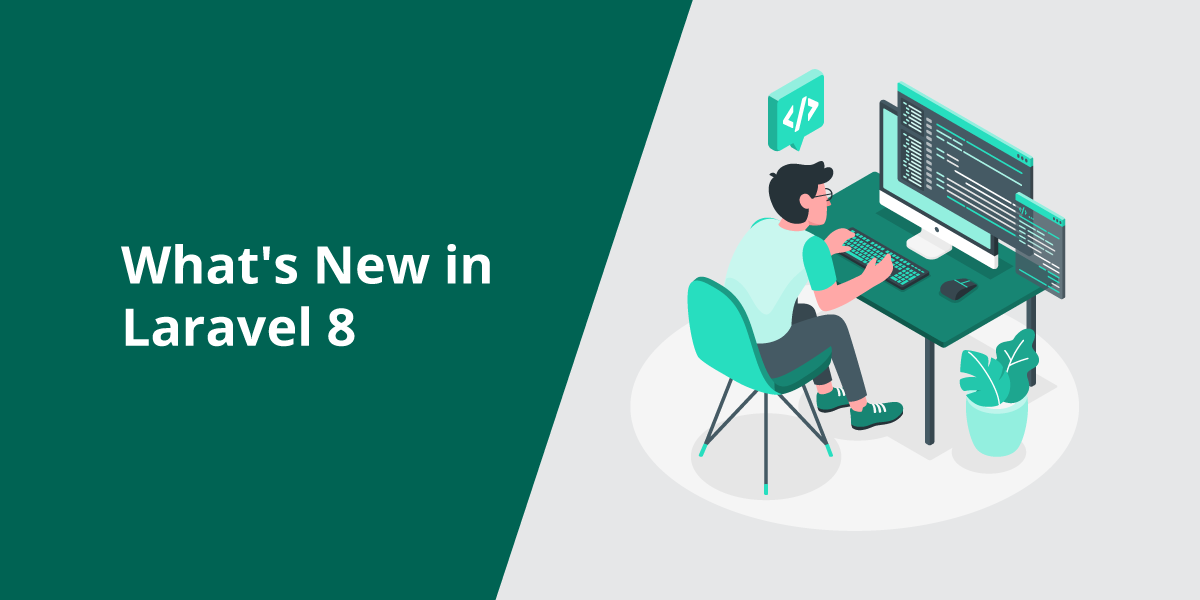 Laravel 8 Released – What Can You Expect from the New Laravel Version?

Laravel 8 is the recent addition of the Laravel framework released on 8th September. The Laravel development company states that the new version has some fascinating features and a detailed guide. If you are looking forward to exploring more about the features of Laravel 8, then this blog is absolutely a must-read.

What Can You Expect from the New Laravel Version?

Laravel 8 has been equipped with some of the very advanced features. Here are some primary features that you can expect from the new Laravel version – Laravel 8:

Directory of the Models and Apps

The command-artisan: make model will create a model in the app/model directory. The exciting part is that this feature was decided, post Taylor took feedback from the people on Twitter about how they would feel if this feature existed. Also, if a user does not like this feature, then they have the luxury of deleting the app/model’s directory and post that there will be a model file created in the app folder. The best part is that the latest version is developed by taking inputs from the community, who are the final consumers. This is a smart move.

There is a new landing page attached to the Laravel 8 in terms of the brand-new install. The landing page is redesigned and is built using the Tailwind CSS. This includes the capabilities of the light and dark modes. Also, the landing page extends the link to community sites and SaaS products.

With the all-new Laravel 8, there will be no double prefix issues. A namespace attribute was used in the previous Laravel versions for the prefix controllers in the route’s files. This used to create problems when the user tried to use a callable syntax on the controllers. This eventually caused Laravel to double prefix mistakenly. However, this attribute has been removed now, allowing the users to import and use the data without any issues.

Laravel is known for using route caching in the PHP array, and it is an efficient tool. In the latest version of Laravel 8, it is very much possible to use the feature even if the user has the closures as the routes’ actions. This ends up in extending the usage of route caching and leads to enhanced performance overall.

In the previous version, which was Laravel 7, the child components did not have access to the attributes that were passed to it. However, in Laravel 8, these components were made to enhance, and it has now become possible to merge all the nested attribute components. This helps in making it easier to create some of the extended components.

A Better Syntax for Event Listening

In the previous version of Laravel, there was a lot of repetition and cumbersome syntax when creating closure-based event listeners. In the latest version, it is much cleaner and more straightforward.

In the latest Laravel 8, it is possible to create queueable closures right from anywhere in the code. This eventually helps in creating an anonymous queueable event listener that gets executed in the background. This is one of the best features that makes it super easy to do so. However, in the previous version, the user would be required to use the event class and the event listener.

This is a great feature when looking forward to some maintenance on the application. You wish to take the application down for the users but at the same time allow the developers to investigate the bugs. This process helps create a secret cookie that is granted to the one who hits the correct endpoint. This allows the individual to make use of the application while it is even in the maintenance mode. The pre-rendering view of error is safe in not exposing the errors to the end-users when the application is down. The framework of Laravel 8 guarantees that the predefined error page does not get displayed before anything else gets displayed on the application.

This is a combination of the new features, and this ends up making the application display only a single predefined route that still allows those who have the secret access to test and then debug. This is a handy feature while launching it.

If you are looking forward to connecting with a top-notch Laravel Development Company, you can rely on Tectonic Enterprises Pvt. Ltd. Make a choice today that will help you tomorrow.