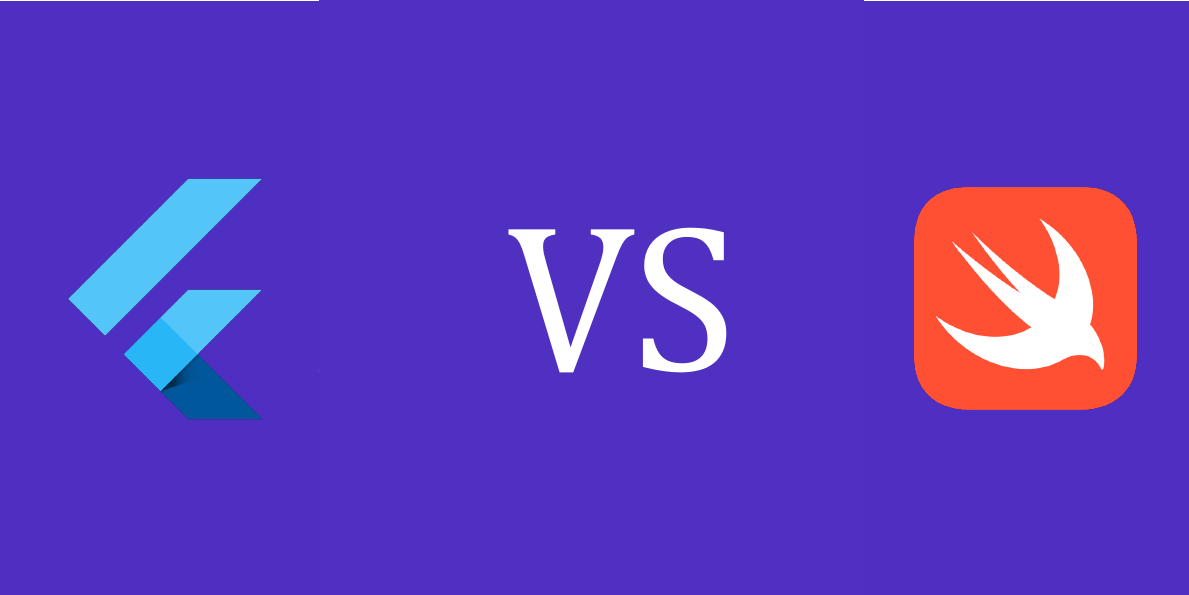 Flutter Vs Swift- Which is Best for iOS App Development

There are many different options for developing iOS mobile apps but we are not considering all of them in this article. Flutter has been gaining popularity and we are going to look at what it offers and is there any merit in switching to flutter.

Owners, Brand managers, CTOs, etc. of established brands and startups spend a considerable amount of their resources to ensure that their customers user experience is next to none. One of the touchpoints is a mobile app, and if it is custom developed then it offers greater flexibility and better stickiness with your client.

Introduction to Flutter and Swift

Swift programming language is used to develop native mobile applications on iOS. Which means that you are at home when building an iOS application with swift.

By definition they sound like different animals and they are. You can think of flutter as a swiss army knife which does many things but may not be the most suited for singular application.

Which one is better for iOS app development – Flutter or Swift?

To be honest, it all depends on the budget and whether you will be developing the same application on other platforms like android, web, desktop. In case you are only developing for iOS then you should just go ahead with swift.

Flutter and Swift have their respective upsides. The following sections will highlight the many upsides of Flutter and Swift. The reader, in the end, can make up their mind about which platform deserves the top position.

Flutter is an open-source development platform.

iOS app development projects carried out using the Flutter framework allow app developers to make the best use of collaborative efforts. Unlike Swift, Flutter is open-source. This means that if your project demands global collaboration and room for future enhancements then Flutter is the better option, over Swift.

1. THE DEVELOPMENT PROCESS IS FASTER WITH FLUTTER

Flutter allows app developers to build one code base that, in turn, allows the app development team to save time and resources. At the same time, the hot reload feature of Flutter is a valuable tool that ensures managing the alterations in the source code of the app remains a seamless process. Furthermore, the hot reload feature also promotes quick patching of bugs and seamless testing.

Flutter mobile app development is preferred by developers and even by business owners, brand managers, CTOs, alike. Flutter framework offers app developers a plethora of widgets that allow developers to implement interactive structural and visual elements in an app.

3. THE COST OF DEVELOPING THE APP GOES DOWN WITH FLUTTER

According to the expert opinion of the lead iOS developer associated with a reputed Flutter app development company, as already mentioned, Flutter allows developers to create cross-platform apps. Hence, when one wants to keep app development costs under check, choosing Flutter over Swift is a winning move.

UX stands for User eXperience. Any app can reach the pinnacle of success when it offers an amazing experience to its users. iOS apps compared to Android apps offer a different UX factor especially when the iOS apps are created using Swift. Swift has all the resources developers would need to create intuitive user interfaces and modern app designs.

Swift-based apps are more stable since it is natively supported by iOS.

What are those functionalities?

Well, some of the most revered functionalities of the Swift development platform are mentioned in the sections below.

Swift, as a development platform, adds an impressive scalability factor to apps. Swift is used to developing high-performance apps that entail complex architectures and the project entails high standards. To put things into perspective, here is a short list of apps that are developed using Swift:

Conclusion Both development frameworks entail certain Unique Selling Points. To choose the best development platform, feel free to consult with our iOS app development experts by calling +91 9910409680 or by sending an email to ankur@wearetechtonic.com